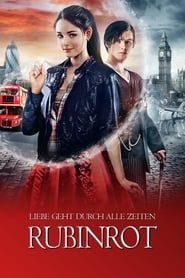 Ruby Red (2013) Watch Online - Gwendolyn Shepherd is a normal 16-year-old, but her family holds a secret: A time-travel gene is expressed in the clan inherited, but not every member of the family is blessed with. Everyone is certain that Gwen's cousin Charlotte has the gene. However, someday Gwendolyn suddenly finds herself in London at the end of the 19th century and realizes that it her, who was born a time traveler. While she is not very enthusiastic about it she will do everything possible to solve the ancient mysteries of the red ruby.