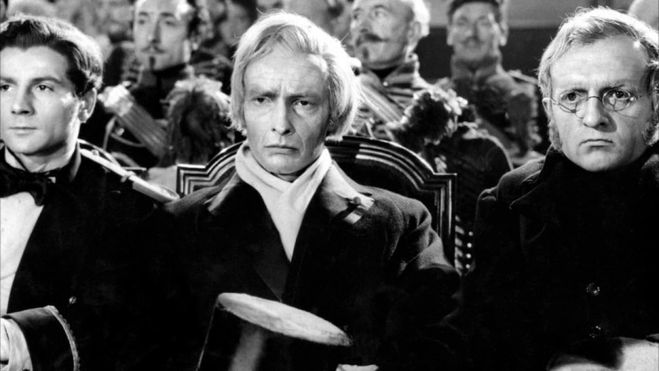 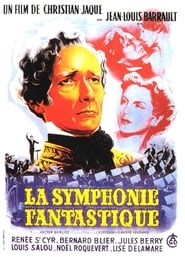 La Symphonie fantastique (1942) Watch Online - The film is biographical, telling the story of the life and artistic struggles of the French composer Hector Berlioz. Berlioz is shown as a recalcitrant medical student in an anatomy class dreaming of becoming a composer; at a demonstration during a performance at the Paris Opéra conducted by Habeneck; at supper with other young artists (Hugo, Janin, Dumas, Mérimée, Delacroix); and chasing after his future wife Harriet Smithson, after a performance of Hamlet. Also depicted are his life in a garret, while suffering from an illness due to an abscess in the throat; a visit from his mother who curses him; and the composition of the Symphonie fantastique. The film then shows his marital breakdown, the premiere of his opera Benvenuto Cellini, his travels throughout Europe, his second marriage to Marie Recio (called "Marie Martin" in the film), public acceptance in old age and reconciliation with his son.